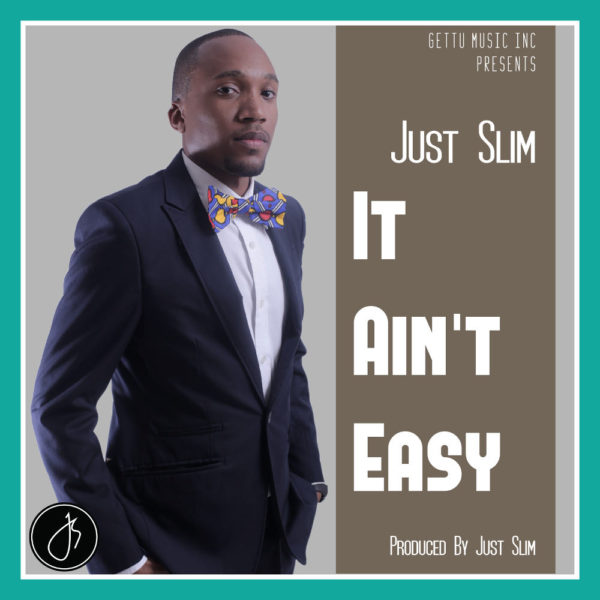 Just Slim’s first official single of the year 2017 entitled “It Ain’t Easy”. This is an instrumentally neat and scintillating melodious tune centred on a character rededicating and re-echoing his unfathomable and unparallel love to his woman.

In the song the character strongly appeals to his lover to forgive him for the countless misdemeanours he has been committing in their marital voyage. He is quick, though, to encourage his ‘better half’ not always to give an ear to rumour peddlers that have every ounce of potency to completely ruin their marriage.

This intelligently composed tune resonates well and offers practical solution to the ugly statistics that have been registered in the books of gender based violence of late. In this cool and relaxing song ‘Just Slim’ who is proving to be an upcoming heavyweight presents a remarkable and distinguished platform to the men folk to always apologise to the ‘queens’ of the ‘homes’. A toll order indeed but not a sign of weakness or cowardice! He certainly earns himself plentiful and handsome kudos as originality, creativity and simplicity are for everyone to stretch to their desirable imaginations.

The self produced song passed through the hands of two other great producers Shom C and Shinko Beats who assisted with arrangement of the beat and recording, mixing and mastering respectively. It certainly “Ain’t Easy…” to predict just what ‘Just Slim’ will throw to the dance floor in his next project.