The Man Behind The Killa Beats

by Mvesesani on April 21, 2017 in Editorial, Interview

Top Zambian producer Killa Beats (KB), born Yahya Kaba, has worked with a large number of Zambian artists, established and upcoming, across genres and styles. He’s produced tracks for and with Judy, P Jay, Alpha Romeo, Ma Africa, Urban Hype, Cleo Ice Queen, B flow, Zone Fam, Roberto, T-Sean, Petersen, Izrael (formerly Exile), Jae Cash, JK, Chef 187, Slap Dee, Kantu, Dambisa Moyo and the list goes on. KB is multi-talented and challenges himself by getting involved in different areas of media. He has been a TV co-host (The Breakfast Show on Muvi TV), a judge on MTN Music Scorer, is a currently a radio presenter on Rock FM, a DJ, an MC, and owns his own record label K-Amy. After the success of his album My Diary released in 2015 which featured various artists, his ZMA nomination for Best DJ in 2016 and his recent release of My Diary part 4, his long-time career shows no signs of stopping.

M: How did you start off as a producer? How old were you and what were you doing at the time?
KB: Well, one thing led to another. I started, first of all, as a rapper back in the late 90’s then interest switched when I completed school when I started listening to a lot of radio and then I started to get into radio. And that’s how I went into radio and the interest in music started. I remember I used to visit Digital X studios a lot and I would sit there and see what’s happening and sometimes I was even making my own music. When I asked the producers to make the music that I wanted, I kind of felt that they weren’t really making what I wanted, so in the process you wanna learn ‘cause you have an idea of what kind of music you wanna make. So that’s that prompted me to start my record label. I remember then I had a gig where I made enough money to buy equipment and that’s how I bought equipment. But I was not producing yet, so I had people who were better at it at the record label until I learned how to do everything and I started making music myself and that’s how everything started.

M: So if you hadn’t been a music producer or a radio personality or a rapper, what do you think you would you have been by now?
KB: I would have been an IT specialist ‘cause that’s what I wanted to study. See, the funny thing is I never really had the aspirations that a lot people had when they were in school, well apart from rapping, obviously. My goal was just to go to school, complete my Grade 12 then I was go into university – I was gonna study IT. I always thought I was gonna have a white collar job. That’s all I thought about then. Until, you know, reality. Things change when you’re growing up. At nineteen years old interests start to change, certain things start to come in. So yeah, I would have been an IT guy if I wasn’t a producer or anything. I’d be fixing your computers and what not. 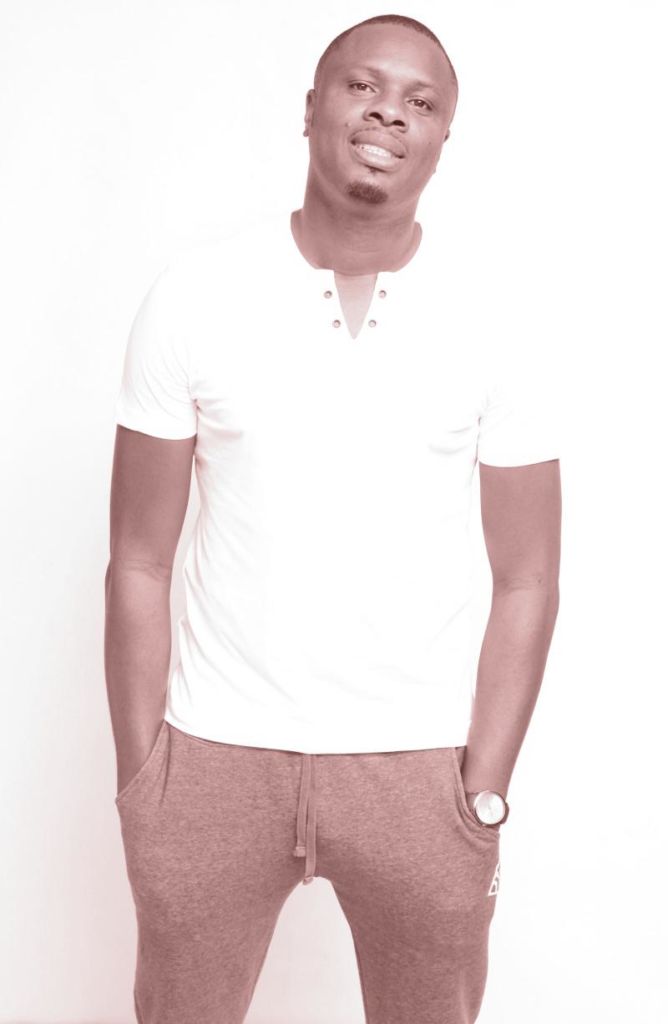 M: You’ve worked with almost everybody locally; do you have a dream artist to work with, either international or local?
KB: Locally, nah. I think I’ve worked with everybody, you know what I’m saying?  (I’ve worked) With everybody that I’ve ever wanted to work with. Internationally, I’d love to make a song for Nas. He’s always been my inspiration, always been my favourite rapper. If I could make a song for Nas, mission accomplished. That’s it.

M: What would you describe, in your opinion, as the ‘Zambian sound’?
KB: Zambia doesn’t have a specific sound right now. There’s what you might call Zam-Reggae, Zam-Hip Hop, Zam-etc. We don’t have a sound that you’d identify us with. Although there was a time when we had that music that the Copperbelt (music) brought by Dandy Crazy, it almost had its identity, but kind of music also kinda phased out. Then the Afro-pop from Nigeria came in and everybody was trying to copy that sound. So we don’t have a sound that will identify us as Zambians, like South Africa has Kwaito, but also they’re moving away from that – they have that Hip Hop that has kinda taken over. It’s just the language that identifies that it’s Zambian music, but to say we have a specific sound like Rhumba? No, we don’t have a specific sound.

M: What’s the most popular genre of music in Zambia right now?
KB: Hip-Hop. Hip-Hop is the biggest genre of music right now. You look at the charts and it’s just Hip Hop, even world-wide. 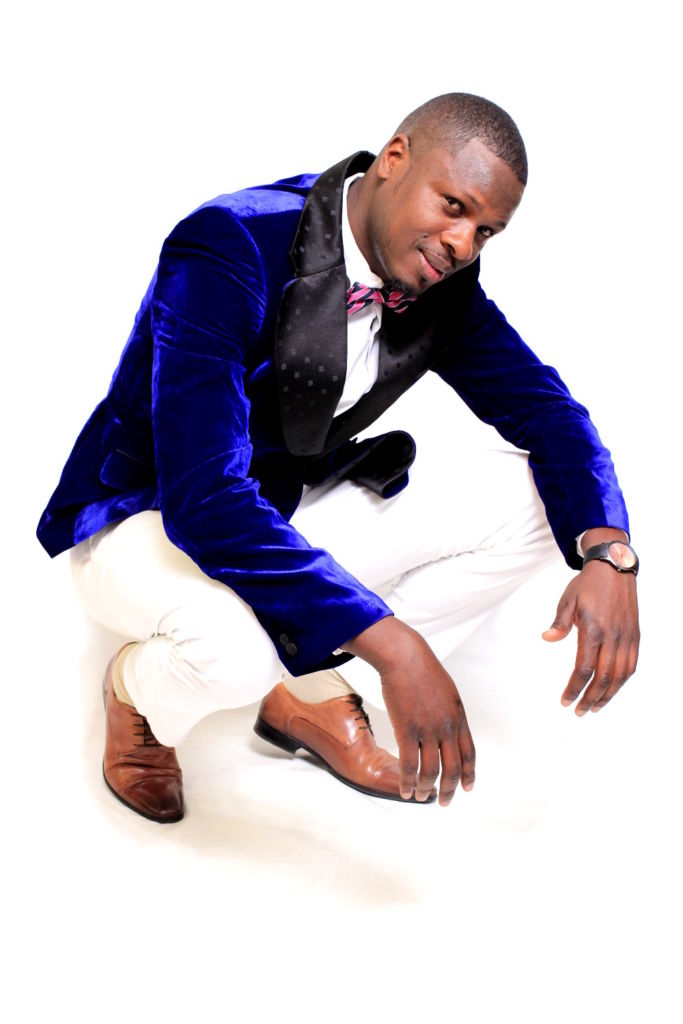 M: What are your comments on the Zambian music industry, in terms of quality of music, artist representation and where is it headed?
KB: Quality of music has really improved. Personally, the only thing I feel that’s pushing us back is that we’re not getting the biggest representation on big channels like MTV Base. We’re now starting to get there slowly, you know, I’m happy one of my videos featuring Cleo Ice Queen has been playing on Trace Africa and we even have the likes of Jay Rox, but we don’t have the biggest representation. But we need to get the recognition where we get daily spins so that our musicians are known Africa-wise. That would be very good for us. The music is very good. They don’t know us. It just ends right here. We’ve got good quality work and very skillful, talented artists, but it just remains here. The biggest problem is that we don’t have people who are willing to spend money on the music business. Clearly you can see that our music industry has been forsaken, people aren’t really paying attention to it. If you go to other countries, music is actually one of the biggest incomes for GDPs. For us it’s a totally different story. If the government or just other stakeholders and big sponsors could pay attention to the music industry and invest appropriately into award shows, branding artists, I think it can really improve ‘cause there’s potential in music. Even in the last elections were purely driven by music. You can’t run away from the fact that music is very, very vital.

M: What are your comments when it comes to copyrights?
KB: Like I said, our industry is still relatively young and we’re not really protected like that. There’s still some shady business going on in the back. I’d say maybe 40-50% of people don’t understand the copyright issues in this country, they have absolutely no idea what’s going on. They just make music, do shows and move on. Those kind of people need to be educated and need to know how all these things work – they need lawyers to educate them, they need to understand some of these things. This is what is missing in our industry,. You have music playing outside the country where you are eligible to get some royalties but people don’t even know about it.

M: What crucial changes are needed?
KB: First of all, I’d say we need to have a proper ministry that will look into the music business that will invest heavily. I heard a rumour that in some countries, I won’t mention the name, in a country that the government is giving huge loans to these artists that are doing very expensive videos and it’s reaping back. If we can get to a point where I can make money off one show, why wouldn’t I go and do a high budget video? But if you keep paying artists very small amounts of money, it becomes very difficult for you to budget to do a very good video that’s going to show on these big channels, so it becomes difficult. So it starts from there. We need investment, artists need to be appreciated, endorsement deals are very important and these companies need to realise that it’s a trend worldwide. Artists need endorsement deals that will change people’s lives and make enough to sustain themselves. It’s the only way the industry is going to blossom.